Joan Bird (my ufology compatriot and author of new book, Montana UFOs) attended the International UFO Congress this year and tells me people there think that soft, gradual disclosure is happening now. My question: if so why do so many people refer to ETs and interdimensional beings as “alien”? That word has always bothered me. As if other inhabitants of the universe are not our relatives!

Joan also told me that the atmosphere of the Congress seemed changed, more loving than previous congresses. She cited historian Richard Dolan’s 2013 presentation especially, as one which focused on the experiences of “contactees” with what seems to be newfound respect.

And here’s the promised article. 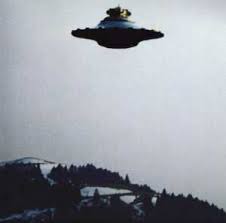 I find the coolest things “by accident”!

While I was searching the TV listings for “Granite Flats” I espied “Unsealed: Alien Files”and set it to record. I was expecting another lame, over-dramatized “documentary” about reported alien sightings, UFOs, etc., but boy was I wrong!

My ears pricked up last night when I heard “a global effort has begun” and they had historical images of flying saucers and aliens, disclosed that the US government has been working with various groups of aliens since 1947, the underground bases, abductions and the reasons for them, MJ12, the shadow government, all of it!

THIS IS HUGE, FOLKS! They even revealed that bodies had been recovered from the Roswell crash and that the government had various secret societies to prevent the public learning about the truth of the extraterrestrial presence on Earth, including that over 150 different alien races have visited, and specifically mentioned and showed reptilians.

Much of the evidence came from a publication called, “the Blue Planet Project” and they revealed that the U.S. government traded human subjects for alien advanced technology. They came right out and said, and I quote, “You can’t talk about it, because if you do, you will die.” Dramatic, yes, but that’s what get’s the TV watchers’ attention!

They also used the term “interdimensionals”. This is progress!!! Third Phase of Moon has NOTHING on this program.

Their panel of experts includes Steve Basset and Nick Pope.

Unsealed: Alien Files was on CW6, a cable channel on Sunday at 5:00 pm Pacific. Where I am, on DirecTV satellite it was channel 61.

I can’t wait to see the next episode. It certainly appears that there is a push on to reveal the presence of the Galactics SOON and the “dripping” on the masses is now more of a stream.

We have “Sirius” coming out on April 22nd, we have the Citizen Hearing on Disclosure April 29 – May 3rd, and now this weekly documentary that will reach a lot of TV watchers. The cat is out of the bag. Let’s see what people do with it.

This time they’ve taken it a little further than usual in making a community effort to connect with people. On the web site they offer “Unsealed” bracelets, conspiracy T-shirts and ball caps. I think the wearables will encourage conversation. There’s also a Twitterfeed of interesting topics on the site.

They give people who have seen UFOs advice on how to determine if it’s “ours” or “theirs” and tell them who to contact. That’s a far cry from ridicule!

Here’s the website. http://unsealedfiles.com/the-alien-files You can watch the episodes online.

This entry was posted in 2013, as above so below, UFO/ET, unity consciousness, Uranus square Pluto, visions of the future, waking up, wild new ideas. Bookmark the permalink.